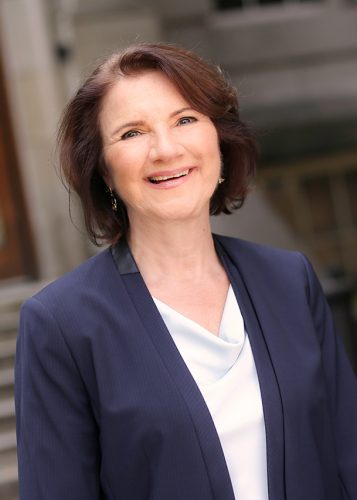 Professor Amon’s transformational leadership of the Faculty spans a decade of championing collaboration, inclusivity, transparency, and excellence. Under her leadership, FASE has become a globally recognized institution for interdisciplinary research and education. It has achieved record levels of student selectivity, awards, philanthropic and research funding, industry partnerships, and increased diversity in all its forms, including tremendous growth in enrolment of women students and recruitment of outstanding women faculty.

Professor Amon led the development of a comprehensive Academic Plan that set out a collaborative direction for the Faculty. Innovations supported by the plan have included: a hybrid activity-based budget allocation model to enhance transparency and diversify revenues while containing costs; undergraduate educational opportunities that complement students’ technical excellence with professional competencies in business and entrepreneurship, multidisciplinary collaboration and global fluency; novel programming in robotics, clinical engineering, engineering business and leadership; new multidisciplinary research hubs, including the Institute for Sustainable Energy, Centre for Global Engineering, ILead, TBEP, and the Institute for Multidisciplinary Design and Innovation; and strengthened industry partnerships with some of the world’s most innovative companies.

Her extraordinary contributions to engineering education, research, and leadership are reflected in a number of impressive awards. Professor Amon has been inducted into five academies (the Canadian Academy of Engineering, the Hispanic Engineer Hall of Fame, the National Academy of Engineering, the Royal Academy of Spain, and the Royal Society of Canada). She has been awarded the Society of Women Engineers’ (SWE) highest honour, the SWE Achievement Award, for her outstanding contributions to engineering over more than 20 years. She became an American Society of Mechanical Engineers Honorary Member, was awarded the 2015 Professional Engineers Ontario (PEO) Gold Medal, and received the Engineering Institute of Canada’s Sir John Kennedy Medal, the Institute’s highest honour.

The overwhelming support for Professor Amon’s reappointment reflects the Faculty’s extraordinary momentum over the past 10 years. She has brought strategic vision, innovation, and a relentless drive for excellence to her position and I am thrilled she’s agreed to stay on as Dean to complete FASE’s vision for the Centre for Engineering Innovation and Entrepreneurship (CEIE) and continue other pioneering initiatives currently underway in the Faculty.