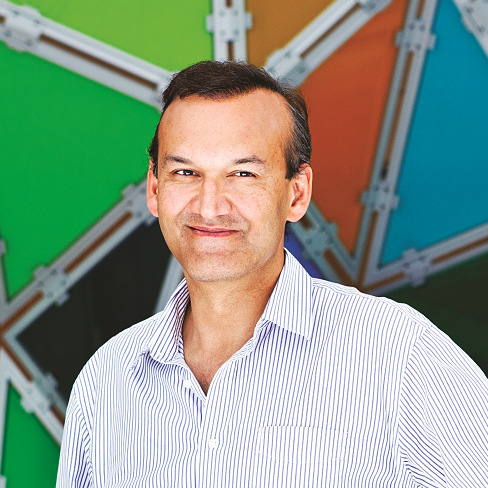 Professor Prabhat Jha studied at Oxford as a Canadian Rhodes Scholar and is now the University of Toronto Endowed Professor in Global Health and Epidemiology at the Dalla Lana School of Public Health, a Tier 1Canada Research Chair in Global Health, and the founding Executive Director of the Centre for Global Health Research at Unity Health Toronto.

Jha is a lead investigator of the Million Death Study in India, which quantifies the causes of premature mortality in over 23 million people from 1997-2023, including the contribution of key risk factors such as tobacco and alcohol. The Million Death Study has transformed public health in India, demonstrating for example that smoking already kills 1 million Indians a year (three times the number thought earlier), and that modest public health action has helped to avoid about 1 million child deaths from 2005 onwards. The Million Death Study also showed that snakebite deaths in India were the same total as had been estimated as worldwide totals. As a result, the World Health Organization has revised their global estimates and added snakebites to the Neglected Tropical Disease Initiative. The Million Death Study offers a simple, inexpensive method to obtain information on how people die and how to turn these data into powerful information that improves public health practice.

Professor Jha is widely regarded as one of the most influential figures in global tobacco control. Unless there is widespread quitting, smoking will kill about 1 billion people in the 21st century. Jha has demonstrated the benefits of quitting smoking, especially before age 40. He is the author of several influential publications on tobacco control, including two that helped enable a global treaty on tobacco control, now signed by over 180 countries. His economics studies have established that globally, taxation is the single most effective intervention. These economics studies have been replicated in 30 countries, and paired with the epidemiological studies, should help many countries implement effective tobacco control, saving millions of lives.

Professor Jha is the founding Director of the Statistical Alliance for Vital Events, which seeks to expand reliable low-cost mortality measurement worldwide. He is a Senior Editor for Disease Control Priorities, which examines solutions to major global health challenges, including cancer. He has advised over a dozen governments on global health. He has trained over 40 scholars in diverse disciplines, and many of these individuals now occupy leadership positions in global health in several countries. He is active in teaching students at the Dalla Lana School of Public Health.

Previously, Jha held senior positions at the World Health Organization, and at the World Bank, and was recruited by the previous Dean of Medicine, David Naylor, to join the University of Toronto in 2002.

His notable recognitions include being elected Fellow of the Royal Society of Canada (2018), Foreign Fellow of the US National Academy of Medicine (2016), the Inaugural CIHR Population Trailblazer Award (2015), WHO No Tobacco Day Award (2014), Fellowship in the Canadian Academy of Health Sciences (2013), Officer of the Order of Canada for services to global health and epidemiology (2012), American Cancer Society Luther Terry Award for Research on Tobacco Control (2012), The Globe and Mail 25 Transformational Canadians (2010), and Top 40 Canadians under Age 40 (2004).

Jha holds an MD from the University of Manitoba and a DPhil from Oxford University.