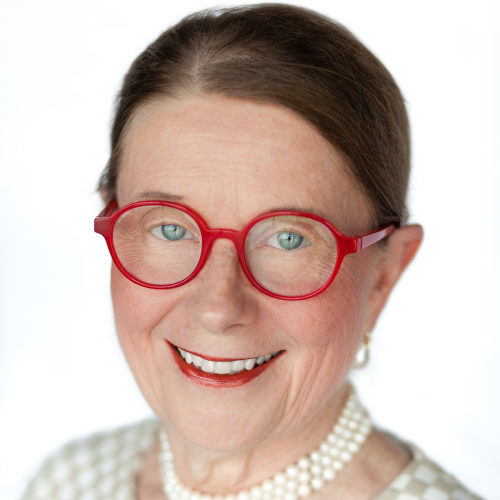 Dr. Frances Shepherd is an international leader in clinical lung cancer research and a highly sought after mentor. She is a Senior Staff Physician and the Scott Taylor Chair in Lung Cancer Research at the Princess Margaret Cancer Centre. She is also a Professor in the Department of Medicine at the University of Toronto.

Over the span of her 35-year career, Dr. Shepherd’s research contributed to over 530 publications, many of which appeared in prestigious high-impact journals including the New England Journal of Medicine and the Journal of Clinical Oncology. In addition, she designed and led more than 100 clinical trials, several of which changed the treatment of lung cancer globally. For example, her work showed that post-operative chemotherapy can change the cure rate for resected lung cancer and that molecularly targeted treatments can improve survival even in the most advanced stages of the disease. In collaboration with other researchers, Dr. Shepherd established lung cancer tumour banks that have proved to be an invaluable resource to study the biology of lung cancer at a molecular level and to link the laboratory to the clinic. Her current clinical research is evaluating novel anti-cancer agents that are directed against the epidermal growth factor receptor and other molecular targets, as well as new immunotherapy agents.

Dr. Shepherd has been and continues to be extremely committed to teaching the next-generation of clinicians and researchers in hematology and medical oncology. She has mentored almost 50 national and international post-graduate clinicians and clinician-scientists, many of whom now hold prominent positions worldwide. She has written 47 book chapters, several of which appear in widely studied medical textbooks. She has served on the editorial board of several journals, including the Journal of Clinical Oncology, as well as on numerous lung cancer advisory boards and data and safety monitoring boards for international lung cancer trials. Her past work includes serving as President of the International Association for the Study of Lung Cancer, Chair of the Lung Cancer Committee of the National Cancer Institute of Canada Clinical Trials Group, and as the Princess Margaret Cancer Centre’s Lung Cancer Site Group Leader. She has served on the Board of Directors of the American Society of Clinical Oncology, and was Chair of the European Organization for Research and Treatment of Cancer Protocol Review Committee, and a member of its Board of Directors for nine years.

Dr. Shepherd has received numerous distinctions recognizing her exceptional achievements in research and teaching. Highlights include: the National Cancer Institute of Canada O. Harold Warwick Award for Research Excellence (2006), the Scientific Research Award from the International Association for the Study of Lung Cancer (2007), the Officer of the Order of Ontario (2007), the Boehringer-Ingelheim Innovation Award (2010), the British Thoracic Oncology Group International Award for Contributions to Lung Cancer (2012), the Queen Elizabeth II Diamond Jubilee Medal (2012), the Novartis Canada Oncology Award for Mentorship (2013), the Dr. Joseph Pater Excellence in Clinical Trials Research Award from the National Cancer Institute of Canada Clinical Trials Group (2015), the Order of Canada (2016) and the Gairdner Foundation Wightman Award (2018).

Dr. Shepherd obtained her medical degree from the University of Toronto and completed her residency in Internal Medicine and Hematology at Royal Victoria Hospital, Mount Sinai Hospital, and Toronto General and Western Hospitals.. She then conducted a two-year fellowship in Leukemia Research at Princess Margaret Hospital. After a brief stint as the Medical Services Director at the Canadian Red Cross Blood Transfusion Service, Dr. Shepherd returned to the Toronto General Hospital to help build the fledgling Medical Oncology Service in the Department of Medicine. Since then, she has held a variety of leadership positions at the University Health Network and the University of Toronto.